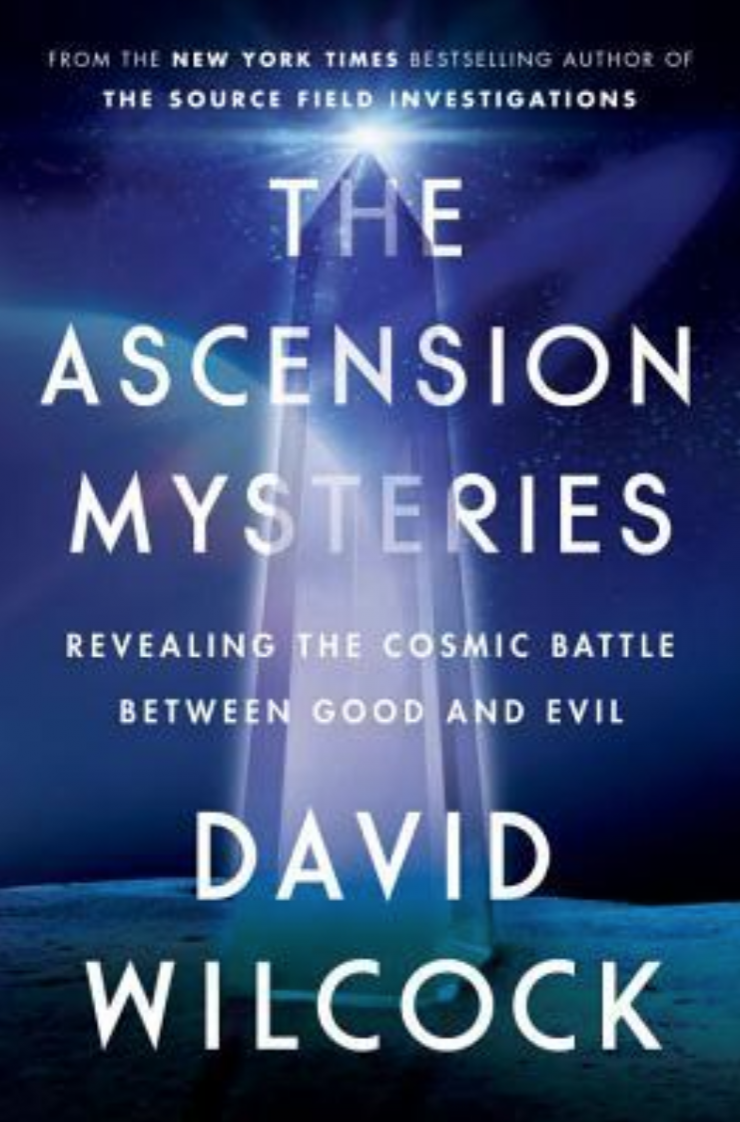 The Ascension Mysteries by David Wilcock

David Wilcock discusses his childhood and how his experiences growing up have led him to his path toward learning about aliens, the secret history of the solar system, and ultimately, humanity’s destiny.

I’m not sure what to think about The Ascension Mysteries. I don’t know much about the author, David Wilcock, either, so I’m ignorant of any controversies that may surround him.

The author makes a lot of fantastical claims. And such claims require fantastic evidence, which is sorely lacking in the book. At the beginning, Wilcock attempts to support some of his claims with scientific studies and papers, so readers can easily look up those papers and come to their own conclusions. But referencing a scientific study and implying a correlation seems a little disingenuous.

I’m a skeptical person, but I’m open to new ideas. I’m not sure what to make of Wilcock’s claims, but I will say that they can be fantastic, and through the lens of fiction, those claims make for amazing stories.

The book makes for some great reading. I don’t think the first chunk of the book is necessary unless you’re interested in the author’s childhood. Wilcock has an obvious bias, so that’s something to keep in mind when reading through the book.

I didn’t know what to expect when I picked up The Ascension Mysteries by David Wilcock. But I knew vaguely what the book would be about, and being a fan of science fiction, I wanted to learn more. On top of my mind was the episode “The Desconstruction of Falling Stars,” from Babylon 5, one of my favorite episodes from that series.

In final parts of that episode, the last human leaves Earth just before the sun goes nova. Humans are revealed to have evolved into energy beings. The moment I saw that episode on television, the concept of man’s ultimate evolution stuck with me. Never before had I imagined that such a destiny was even a possibility, but I’d return to the idea every so often. This is perhaps the reason why Wilcock’s book first appealed to me.

I haven’t read any other book by Wilcock, so fans of the author may be interested in this book if they’re curious about his background. I imagine for some fans, Wilcock’s childhood may reinforce his authority. For me, Wilcock seems to have had a fairly normal childhood, even with the bullying, super creative imagination, and an idealism that only children have.

I was more than a little disappointed to read through an autobiography of Wilcock’s childhood. And this was a retelling that was obviously biased with a eye toward the occult. In one story, Wilcock talks about synchronicity with numbers like the date 7/7/77. I’m not sure what to believe about these relationships, and Wilcock’s claims about the relationship between popular culture and disclosure seem weak to me.

What’s also difficult to accept is his claim about music and the secret society that controls the world. That’s not to say that a super secret agency doesn’t exist, but there’s no evidence to suggest that they do exist, either. And a few claims made by individuals whose backgrounds and motivations remain unknown don’t really inspire much confidence in the theory.

I’m not an antagonistic reader. On the contrary, I really enjoyed a lot of the claims that Wilcock makes. It’s not that I necessarily believe those claims, but they do make for some fascinating premises for stories and science fiction. And, I admit, there’s a part of me that would love for some of these claims to be true.

Wilcock provides a lot of good references to other books and studies throughout the book. Readers who want to learn more would benefit from studying the source directly rather than accepting Wilcock’s interpretations or citations. For instance, one such reference is Our Ancestors Came from Outer Space by Maurice Chatelain, the director of communications for the Apollo Moon missions. The title of the book alone is enough to capture the imagination, and the author seems credible enough given his background.

Maybe Wilcock is on to something here. That’s what makes this book, and others like it, so frustrating. There’s a seed of truth throughout all of these books, but that seed is obfuscated by seemingly irrelevant material, like the author’s childhood and other unnecessary commentary.

When Wilcock finally gets to discussion the subject of the book, ascension, the topic isn’t really discussed in detail. For instance, you don’t see the amount of depth in the last third of the book that you see with the first third. I would have loved to hear more about this Empire or about the ancient builder race. Or even more about the ruins or the history of the moon. Unfortunately, there’s only enough information to leave you wanting more.

There’s maybe a few pages or paragraphs on each small aspect of the author’s story on ascension, with disparate discovers and reports from across the solar system woven into a unified narrative that seems plausible. But not enough information is provided outside of loose correlations and claims of support from supposed experts or participants.

I believe that if readers approach the book like a work of fiction, then they’ll enjoy what the author has to say. There are so many outrageous claims (and I don’t mean this in a negative way) that I felt at times I was reading a work of fiction.

But if even some of the claims Wilcock makes are true, then we’re currently living in a world that is more amazing than we know. I just hope that Wilcock’s conclusions in The Ascension Mysteries are true and that humans are headed toward a better fate.

Check out my reviews of books on similar topics: