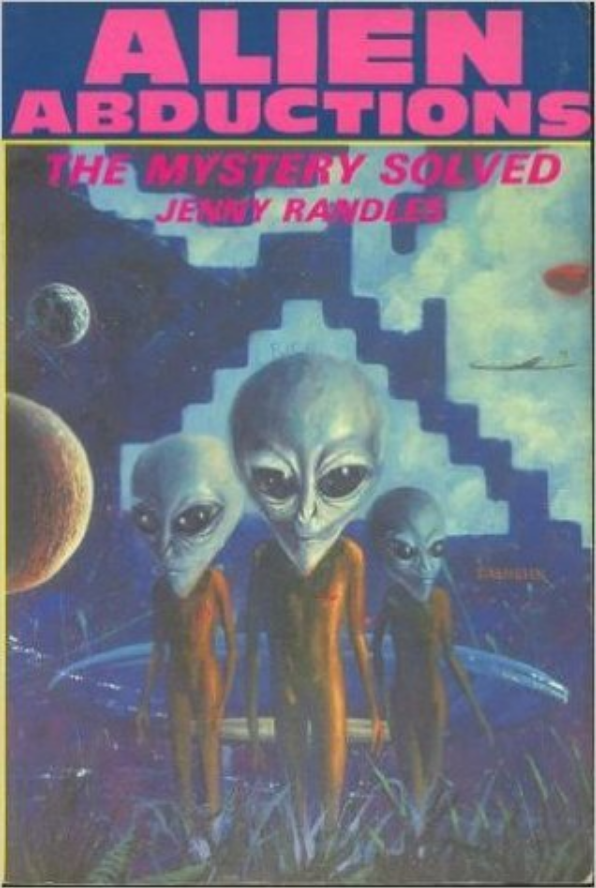 Jenny Randles catalogs 200 credible abduction cases in Britain that shows this phenomenon is happening not just in Britain and the US, but likely all over the world.

Alien Abductions by Jenny Randles is a great collection of abduction experiences categorized by encounter types. While the collection is a bit dated today at over 40 years ago, the descriptions of the encounters should still be relevant considering people today still don’t know as much about these encounters than they did then.

Randles chooses cases that are interesting and vetted. Meaning many of the cases in the collection were investigated by UFO researchers, so people who were just seeking attention and fame were less likely to be included. Today, researchers might have more difficulty separating the genuine cases with fraudulent ones considering the advancement of technology and the disregard for honesty in favor of likes and views.

What’s great about Alien Abductions is that Randles collects investigated cases from countries all over the world. While the focus may have been with UK cases initially, Randles later expands the abduction phenomenon to case from the US, South America, Africa, Australia, and Asia. And the similarities are fascinating to consider especially since people, with no interest or knowledge of abductions, reported similar experiences.

In one particular case, the abductee reported a conversation in which the aliens claimed that they appeared to people in the form that they would most be accepted. But all the reports containing alien comments should not be believed considering how manipulative they are. In essence, the use of screen memories, loss time, and the false statements regarding origins and predictions all point toward visitors who, for whatever reason, are deceptive in many ways.

Other interesting interviews and encounters illustrate aliens who are suspiciously similar in appearance to the 1960s portrayal of aliens. Tall, robotic beings or even robots that look similar to science fiction creations abound in abduction reports during this time, lending much credence to Jacques Vallee’s claims about the aliens manifesting themselves in familiar ways. This serves to further reduce abductees’ observations. If they see something that looked like the robot from a science fiction movie, then perhaps they dreamed the entire event.

While many of the interviews contain similarities, readers shouldn’t accept the statements that the visitors make to the abductees. Numerous cases show that the visitors made false statements or statements that are meaningless. But perhaps reports of the tests conducted on the people, as well as the physical effects of the craft on the people, can reveal to scientists the nature of propulsion. For instance, many reports show stalled electronics, suggesting some electrical or magnetic interference, a hypothesis that is later reaffirmed by an alien in one case.

Reading these cases, one can’t help but start to see the similarities between the various encounters. It’s fascinating to consider what these patterns signify—do the similarities suggest a common source with common motivations? Or do the similarities point to a sophisticated fraud perpetuated on a public for some as-of-yet unknown goal? Certainly, no one is getting rich off making fraudulent abduction claims. On the contrary, many people seem hesitant to report their experiences, and those who do are often met with ridicule. Randles addresses just this question about fame seekers in this collection, and in several cases, people rejected offers of money because they knew that taking such offers would diminish their credibility.

At the end of the book, Randles provides some possible explanations for the abduction phenomenon with some support from scientists and doctors. She also attempts to diminish critics who claim that abductions are not real—any reader will realize that the structure of the book and the cases show that something real is going on even if that something real is physical effects on abductees. While the book doesn’t go into more detail about the explanations—the scope would be too broad for the subject of abductions—it does a decent enough job of introducing some of the controversy surrounding the topic at that time.

Alien Abductions by Jenny Randles is a fantastic collection of abduction cases pulled from all around the world, but with a particular emphasis on UK cases. Readers looking to investigate the phenomenon of abduction would do well to start with this book. It not only categorizes abductions, but it does the difficult job of sorting through all claims for the more legitimate experiences. And the statements made by the abductees may provide valuable clues to the motivations of these visitors and the method of their travel.