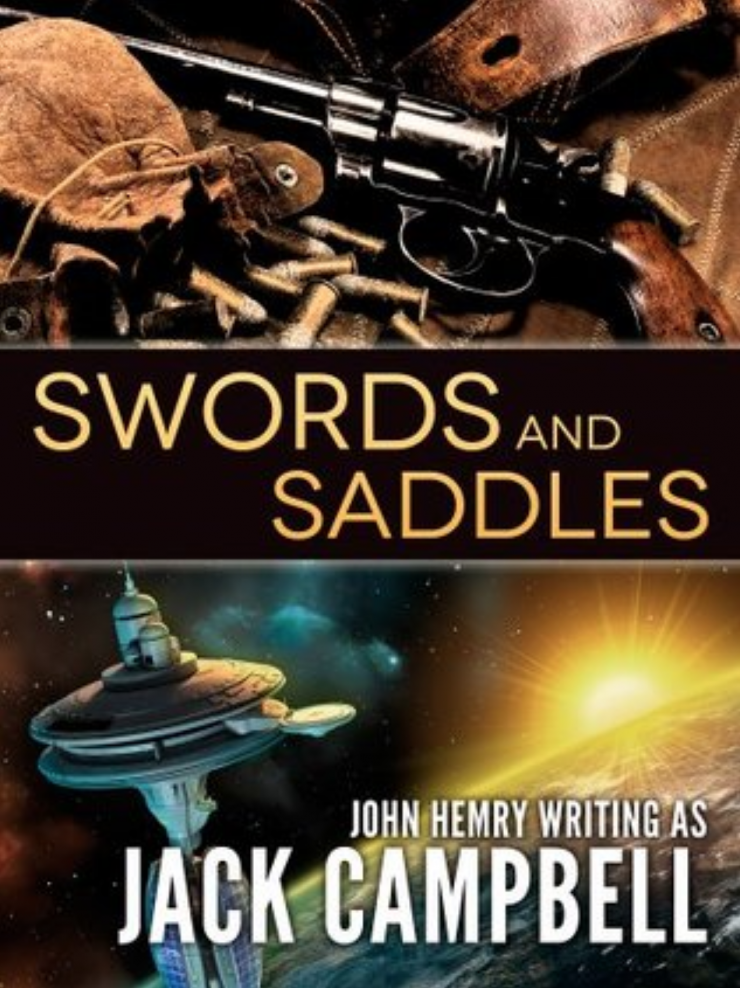 A collection of three science fiction short stories or novellas.

Swords and Saddles by (John Hemry writing as) Jack Campbell is a fun collection of three science fiction stories that fans of the author may enjoy. I’m personally a fan of his Lost Fleet, Lost Stars, and Genesis Fleet series, but this short story collection is heavier on the theme than on action and adventure.

In “The Rift,” a team of soldiers find themselves defending an off-world colony against the Izkop.

“Swords and Saddles” finds Captain Benton and his regiment in a different place fighting against a strange force.

“Failure to Obey” is a story about a court martial and the intrigue surrounding the case.

Sergeant Singh leads a small combat team to defend a colony against the Izkop in “The Rift.”

Captain Benton and his regiment of the US Cavalry find themselves in a strange place after a lightning strike.

Ivan Sharpe, Paul Sinclair, and Jen Shen are the main characters in “Failure to Obey.”

One of the fun aspects of this collection is the short story “Swords and Saddles,” the namesake for the collection, and I can see why Hemry chose it: science fiction is usually focused on the future. The idea of having a story set in the past isn’t necessarily new, but the execution of “Swords and Saddles” is interesting enough to keep readers engaged.

In a way, having an element of a modern military unit go into the some kind of past history is not so different from having an advanced alien race visiting modern humans, though the differences in technology from the aliens to the humans are likely to be more profound than the differences between a modern human unit and any other period of human history.

That said, the titular story is a fun exploration and imagination of a hypothetical event, though maybe a more interesting event would be an invasion force from the future, something more than just Terminator. What “Swords and Saddles” brings into question is the spread of ideology into foreign territories.

Much like space agencies are worried about the contamination of alien worlds with terrestrial lifeforms, equally dangerous is the spread of ideas into a society that is highly impressionable. Captain Benton’s responses are diplomatic with regards to religion, which is great, but I couldn’t help but wonder what the consequences would be for the society in the future.

My personal favorite in the collection is “The Rift.” Too often, people get caught up in their worldview, often mistaking their culture beliefs, practices, and values as “correct” or “right.” What’s worse, people then impose these beliefs on others, believing themselves to be superior.

In “The Rift,” Hemry explores one possible danger of assuming some human behaviors can be perceived as signs of weakness. And these misconceptions between two parties can lead to conflict and death. These ideas are probably well illustrated in wars or battles between the United States (representing Western ideals) and other countries (the Middle East and Asia, for instance).

Despite the differences between humans and the Izkop, the conclusion of the story was decent and delivers a sense of hope—despite the complete alienness of another species or culture, there’s always some shared ground on which a relationship can be built if someone can escape the confines of culture.

I didn’t have any particular feelings toward “Failure to Obey” since I haven’t read Campbell’s Paul Sinclair series. But I imagine fans of the series will enjoy this short story since it adds an extra aspect to the universe.

Fans of science fiction short stories will find decent stand-alone stories in Swords and Saddles by Jack Campbell. This collection of short stories deals with themes that are more significant than Campbell’s other works, like The Lost Fleet series.

Read other reviews of works by Jack Campbell. 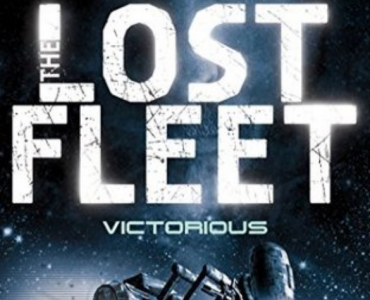