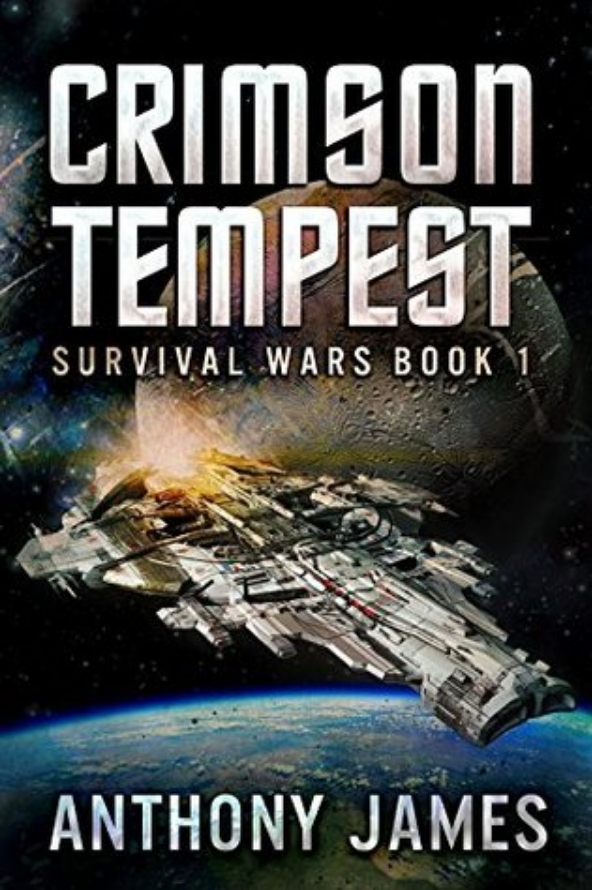 Captain John Duggan and his crew are sent on a top-secret mission to recover the Crimson, a top-secret ship, that carries the technology that will enable humanity to win the war against the Ghasts.

Crimson Tempest by Anthony James delivers an engaging enough military science fiction story. Fans of action-packed military space operas will not be disappointed in the story even if the writing sometimes feels a bit bland.

Captain Duggan and his crew are tasked with an important mission to find and recover the ESS Crimson, a top-secret ship built decades ago, in the hopes that the ship will provide them with the technology to defeat the Ghasts.

Captain Duggan and his crew must discover the secrets of the Crimson, its history, and its weapons, before the Ghasts wipe out humanity.

Captain John Nathan Duggan is the captain of the Crimson. The Ghasts are the aliens at war with humanity.

The story takes place primarily onboard the Crimson and in space.

The Ghasts, the antagonists to humanity in the story, are scary enough. But one aspect of science fiction that I really enjoy is reading about the possible variations of life and ideologies in the universe. To that end, there’s not much about the Ghasts that is provided in the book. Readers don’t learn much, and we’re supposed to be content that they are just “the bad guys.”

There’s a lot to like about Crimson Tempest. The mystery surrounding the Crimson and its lack of documentation and secrecy is interesting. This one aspect alone keep me interested throughout the book. Humanity’s struggle against the Ghasts, and its stated losses in the war, give the story a sense of mankind as David against the Ghastly Goliath. And most people love stories where the underdog prevails. At least I hope the underdog prevails.

But there are a few aspects of the book that hurt the story a bit. One is the antagonism between Duggan and the fleet admiral. It doesn’t seem necessary.

The mystery surrounding the Crimson is engaging, and the resolution alone makes the story worthwhile to read. In fact, revelations in this first book set up the next story fairly well. First books in any series can sometimes take a little time to establish the universe. This is the case here, and I imagine the next book will be more exciting.

I enjoyed this first book in the Survival Wars series. And I’m certain that I’ll return to the sequel when I get through the next few books on my growing list. In the meantime, Crimson Tempest is a fun read if you’re looking for another military science fiction story where humanity struggles to survive in a hostile galaxy.