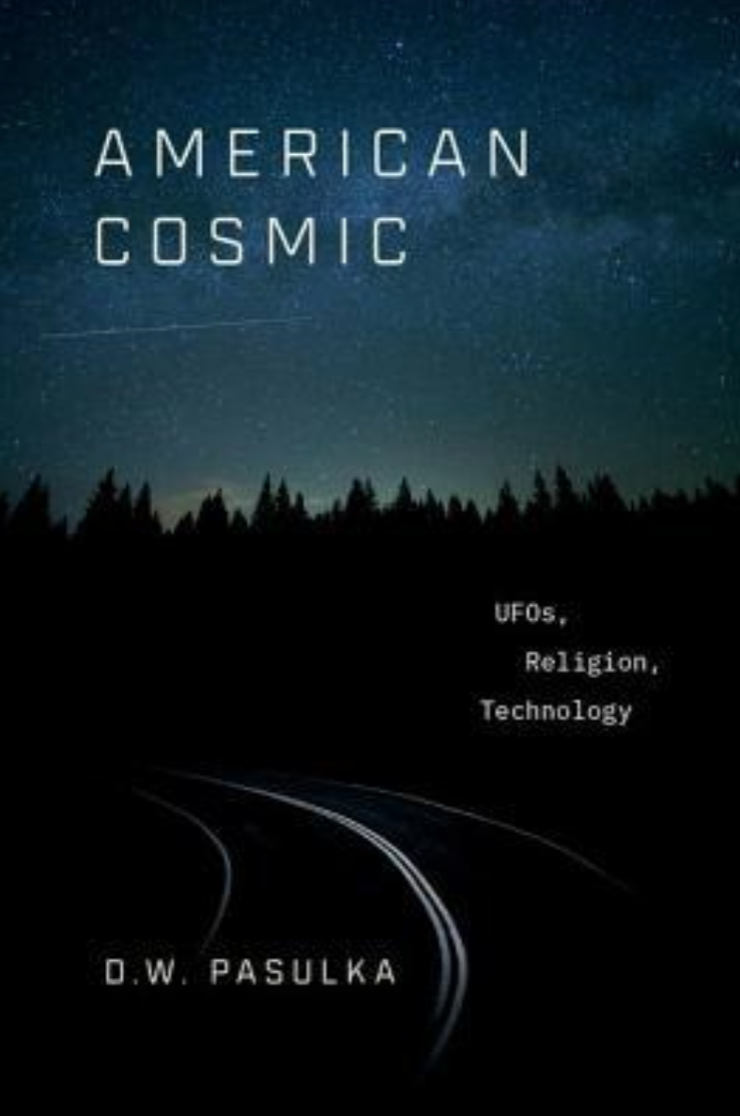 D. W. Pasulka examines the UFO phenomenon from a religious perspective and reveals some fascinating information that legitimizes UFO research. Pasulka reveals the serious attention that highly reputable scientists give to the subject matter, including possession of physical evidence.

Pasulka does an excellent job of being transparent about her writing in this book. And she approaches the subject matter with an open mind, if not somewhat biased toward looking at the UFO and alien phenomenon through a religious lens.

It’s almost as though the author is trying to justify the writing of the book. She’s pre-empting the criticism and ridicule by saying she’s looking at the phenomenon from a religious studies perspective.

Regardless, Pasulka’s academic background does make the subject matter more credible, and the sources that she mentions researching are sources that many in the UFO community will be familiar with: Whitley Strieber, John Mack, and Jacques Vallee.

I’ve read numerous books about the topic. As an avid science fiction fan, I can’t help but wonder what the origins of some of the ideas are in science fiction.

But the UFO phenomenon is like a rabbit hole: once you complete one book, you’re left with even more questions than you have answers. And so you move onto the next. And the next.

When reading this book, I couldn’t help but to draw relationships between Pasulka’s claims to claims and statements made by other people. Is that because she has read the same books? Is it because everyone is speaking about the same nature of reality: the universal consciousness, the god consciousness, or the Akashic records?

Pasulka discusses the origins of religion and how people behave in a religion. She cites several examples about religion, and she allows the possibility of alien visits throughout human history. In fact, the instance of the nun and bilocation during 16th century was very intriguing. Writing from another source to confirm her claims lends some credibility to her astral travels.

But I couldn’t help but feel as though she was dancing around the UFO topic. Instead, you’ll find more about how human behavior is different when it comes to UFOs and how technology changes people. It’s more a study of people with their relationship to technology and UFOs than it is a study of UFOs. But it’s on me for expecting something more.

Pasulka states from the beginning that she’s looking at how the UFO phenomenon affects people. She’s clear that she’s not out to conclusively prove that aliens exist and that they’re visiting us in UFOs.

What the book does very well is combine the religious and scientific aspects of UFOs. Those biblical events Pasulka mentions or claims in the book reveal that at least religion has long dealt with this phenomenon.

If you’re looking for how UFOs, technology, and religion all interact to affect people, then you’ll have a good idea about the premise of the book. Whether or not UFOs are a real phenomenon and any evidence the author has is secondary.

Pasulka delivers in terms of having knowledge about test results on supposed alien objects. Why the results or analyses of these objects isn’t included is a mystery, as that evidence would go a long way toward legitimizing the whole area of study.

She provides a few tantalizing bits and pieces about the object: that it couldn’t have been made in this universe. But how did the scientists come to that conclusion?

Not only would published and transparent results of the analyses legitimize UFO studies, it would allow other scientists to study the phenomenon without fear. Maybe then we can get to the answers.

What we learn instead is about the other crash in the New Mexico desert. The UFO community has long suspected a second UFO crash outside of the more well-known Roswell. The literature about this second crash is no secret, but the author’s visit to the secret area, combined with the discovery of the artifacts, make the rumors even more credible and exciting.

Pasulka leaves enough information available about the researchers, scientists, and engineers she works with so that we may be able to uncover their identities if someone is willing to do the research. I suppose readers will just have to accept the lack of transparency given the reasons she cites in the book.

If anything, the book legitimizes the study of UFOs and related phenomenon. While the names of the scientists aren’t really revealed, knowing that credible, authoritative people are researching the area, even in the shadows, gives me much comfort. The alternative is that everyone is ignoring the phenomenon out of fear, and consequences of that ignorance can be dire.

What’s especially great for people who want more information is the rich bibliography about the whole topic that she cites throughout her book. The books that Pasulka mentions will give readers a solid idea of the concepts and theories that exist about UFOs and related phenomenon.